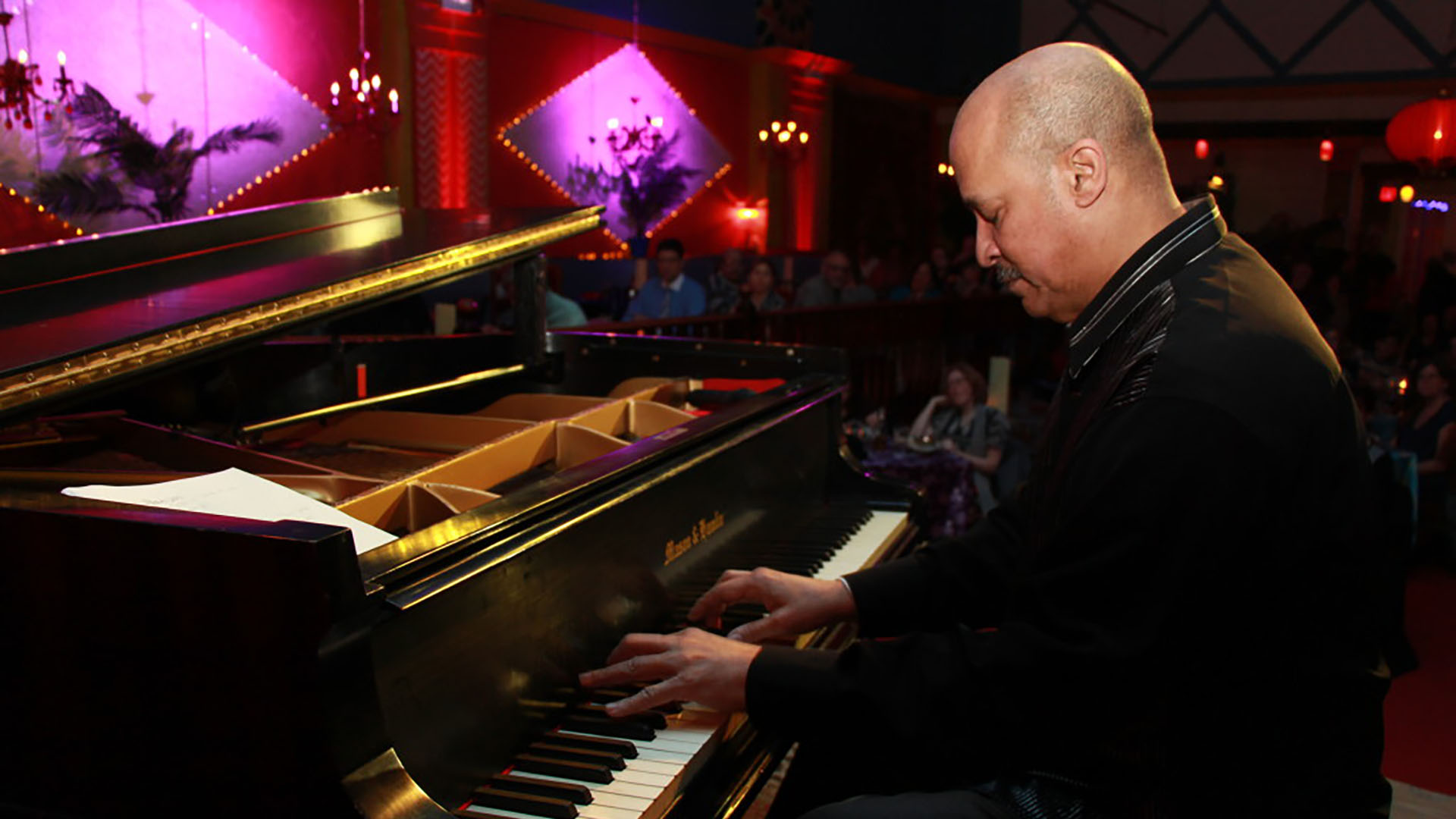 Cuban born Hilario Durán grew up in Havana in a musical family surrounded by a variety of diverse musical influences on a daily basis. He began working as a professional musician in Cuba’s Los Papa Cun­-Cun Ensemble and in a variety of musical formats. Later on, in the 70’s, Durán was Chucho Valdés’ chosen successor in Cuba’s most modern big band, Orquesta Cubana de Música Moderna.

Hilario Durán toured worldwide and performed with Dizzy Gillespie and Michel Legrand, among many others, as part of Arturo Sandoval’s band where he was pianist/keyboardist, arranger and musical director for 9 years.

Chucho Valdés has acknowledged Hilario Durán as one of the greatest Cuban pianists of the 20th century, calling the Grammy-nominated and multi JUNO-award winner “an unparalleled pianist, composer and arranger of the first order”.

After making his mark in Cuba, Durán continued to hone his skills as a pianist, composer, arranger and musical director of remarkable virtuosity. Since arriving in Canada, Hilario has made a name for himself, he is a multi-Canadian Juno Award winner and nominee; an American Grammy nominee; a multi-Canadian National Jazz Award winner & nominee; and the proud recipient of the 2007 Chico O’Farrill Lifetime Achievement Award, from Latin Jazz USA, for his outstanding contributions to Afro-Cuban Jazz and Latin Jazz.

Cuban-Canadian jazz pianist Hilario Durán is a fixture on the Toronto music scene. Durán immigrated in 1998 to Canada and was named as One of the 10 Most Influential Hispanic Canadians in 2009. Hilario has been named Best Artist of the Year 2013 by the Toronto Musicians’ Association and also as 2014 Best Vision Award Winner (Premio a la Trayectoria) for his work as entrepreneur as a director of his musical company, ES MI MUSICA PRODUCTIONS. He is also an educator at Toronto’s Humber College, acting as a piano teacher and ensemble director.

Hilario Durán has been based in Toronto for the past two decades, but his musical heart and soul have remained closely connected to the land of his birth. He has continued to collaborate with Cuban musicians, but he takes this to another level on Contumbao.  In November 2016, Alma Records’ Peter Cardinali and award-winning engineer John ‘Beetle’ Bailey accompanied Durán to Havana, and the team set up shop in Cuba’s famed EGREM recording studio, the most storied such facility on the island. The cast of musical heavyweights assembled in Havana work their magic on 11 new Durán original compositions. Hilario’s mission is certainly fulfilled here, as Contumbao has an impressive dynamic range of different tempos, tones and moods. 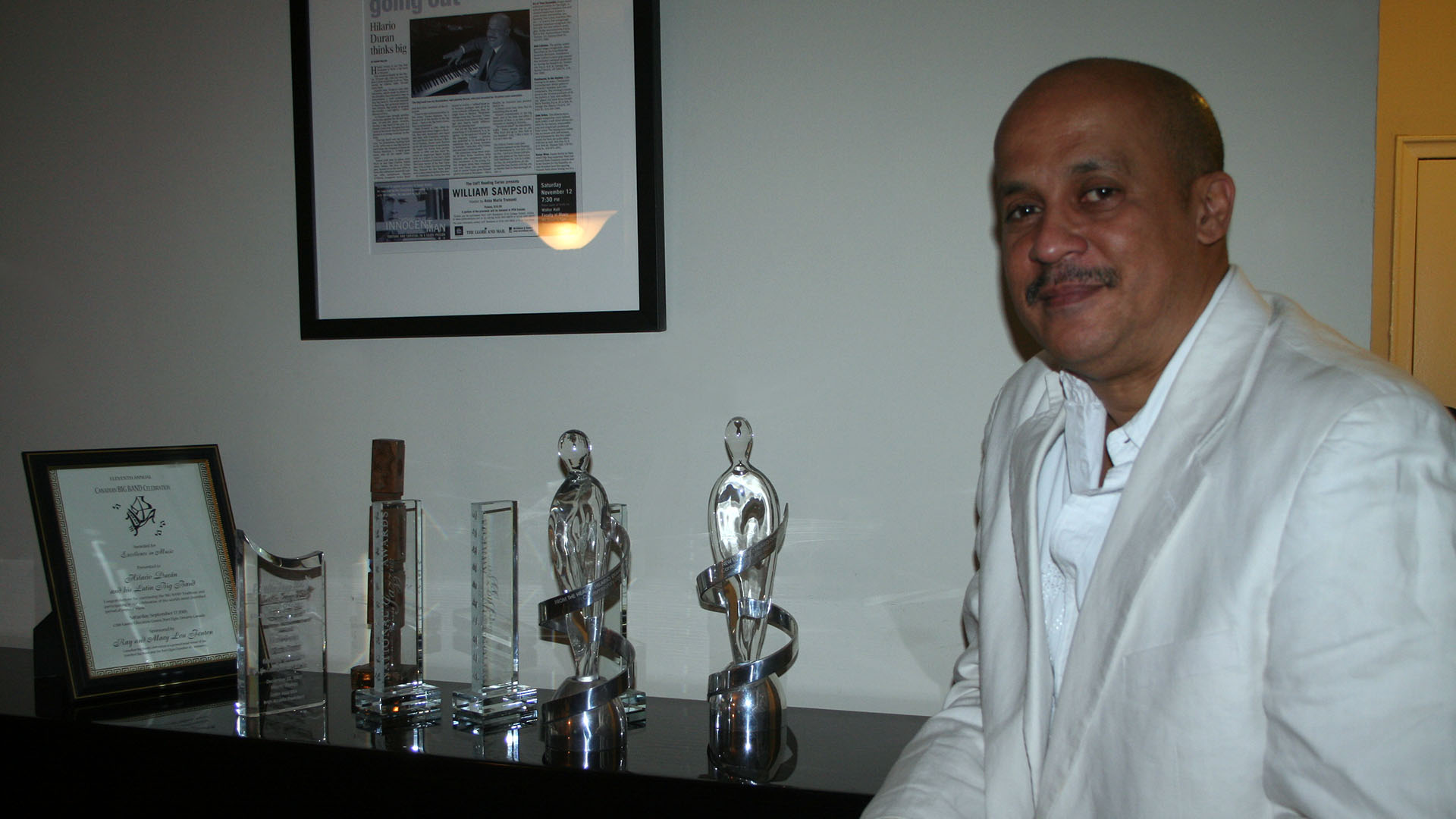